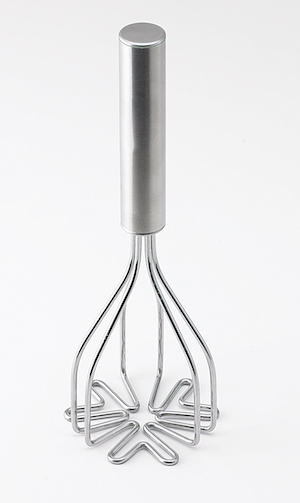 Potatoes, yams, pumpkin, squash, turnips, parsnips, apples, bananas, and more are easily mixed and mashed in one motion. This time-saving kitchen gadget is perfect for mashing potatoes and other softer cooked foods for deliciously prepared meals.

Extremely easy to use, simply peel, cut, and cook foods until fork tender. Drain well and return them to the pot. Press the wires of the Mix N’ Masher downward and repeat until the desired consistency is achieved.

The sturdy masher simply mashes by pressing the wires into the cooked food until the desired consistency. The specially shaped side wires scrape down the sides of bowls and pots while mixing and mashing to ensure every morsel is processed consistently.

The World’s Greatest 2-in-1 Mix’N Masher is made from FDA-approved 18/8 stainless steel. Rinse immediately before starches harden. Dishwasher safe for a thorough cleaning. 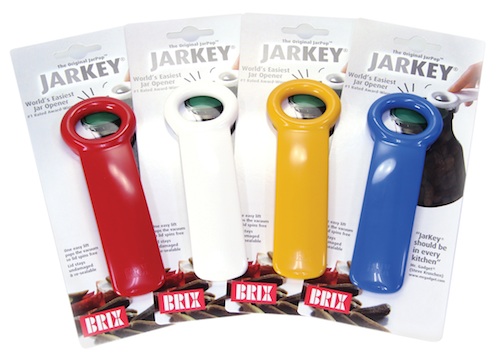 The Original JarPop JarKey by Brix, one of HIC, Harold Import Co.’s brands, was recently chosen as a recommended pick by Cook’s Illustrated, receiving three stars for comfort, and three stars for ease of opening. The review, which appeared in the July/August 2015 issue, involved testing of seven jar openers on jars of all shapes, sizes, and materials to find the best all around pick. To read the Jar Openers review in the July/August 2015 issue, visit Cook’s Illustrated online. 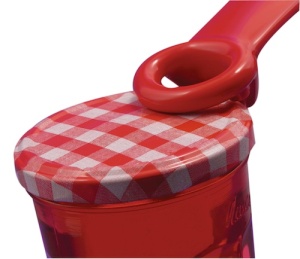 JarKey is often referred to as the World’s Easiest Jar Opener due to its patented design that fits all traditional preserving jars. It quickly and effortlessly pops the vacuum seal, making it easy to open the lid with no twisting or gripping. The unique design features a special three-point principle that ensures the vacuum is released, allowing for a gentle lift without damaging the lid. It is made of high density ABS plastic and has has no sharp edges or points or moveable parts. Fits all traditional preserving jars. Available in an array of fun colors, included frosted.

Cook’s Illustrated/America’s Test Kitchen (ATK) is constantly in search of products that offer the best value and performance. As part of their testing process, ATK strives to figure out why one product is better than another, and to explain that reason to its readers. Because they accept no advertising, Cook’s Illustrated provides completely unbiased, no-nonsense product reviews.

In the near future, Christopher Kimball, founder, America’s Test Kitchen, will appear on the The Rachael Ray Show talking about his favorite gadgets, including the JarKey. Air date is yet to be released.